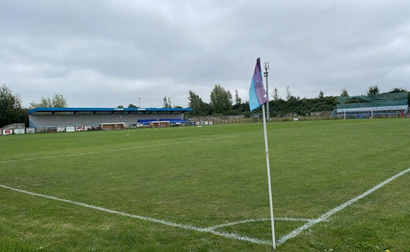 Leighton Town tasted defeat only for the second time this season, after Arlesey Town grabbed a late winner on Saturday. Due to a game in hand over second placed Harpenden, the Town stay on top of the Spartan South Midlands League and Arlesey move up to eighth.

image.png
First placed Leighton paid a visit to Hitchin Road as the favourites on paper, but midtable Arlesey were more than ready to offer up a challenge. This was more than evident when the hosts took the lead on 12 minutes.

Blues number seven Jalen Miller latched on to a ball over the top. Tightly marked by Town left back Tom Silford, the winger was pushed out to the right side. After somehow managing to keep hold of the ball despite Silford’s best efforts, he ran inside faking Ethan Flanagan. He then laid the ball off for an onrushing Archie Sayer and his shot deflected past a stranded Ollie Leslie.

The visitors looked to respond positively and with a succession of chances in the opposition’s box around 16 minutes, they just couldn’t get a goal. This would come back to bite them and Arlesey capitalised, doubling their lead a mere four minutes later.

Miller was involved again, as he was played in on the right side of the box behind the recovering Silford. Yet again, he gave the Leighton man a torrid time – cutting back toward the centre of the box before lifting a ball over to the back post where Herculano Carvalho was waiting. He brought it down expertly before side-footing past Leslie into the far bottom right corner.

Celebrations would be short-lived as Leighton reacted well and pulled one back just two minutes later through Luke Dunstan. The goal on the 22-minute mark set up a tense contest, as both sides seemed to be well matched. As the Arlesey club Twitter noted at half time, it was a “good game” that offered “chances aplenty for both sides”.

The break saw Leighton Town introduce their first change, as Jordan Frederick made way for James Towell. The visitors came out in the second period determined to get back in the game, although a stoppage in the 54th minute for an Arlesey injury gave everyone a moment to catch their breath. It didn’t put a dent in the Leighton momentum however, as on the 61st minute Joe Sweeney’s side drew level through the ever-reliable Danny Webb. Ashton Campbell was played through one on one and tried to chip Arlesey keeper Wa-Si Vaselie Lei. The ball went over his head and Webb was there to nod home from close range.

After this, the away bench was called into the action once more as Bill Morgan replaced Tom Silford. The game continued as a tight affair, and the action seemingly came to a head in the final ten minutes. On 80’, Arlesey came forward and Brian Foulger’s block was deemed hand ball. The home side failed to use the free kick and three minutes later, Leighton found themselves with a set piece of their own. With a corner whipped in by Ashton Campbell, the ball found substitute Morgan but just evaded the Arlesey goal.

The 84th minute saw the withdrawal of Danny Webb for Oran Swales, but it wasn’t the end of Leighton’s attacking prowess. Campbell forced a sublime save from Lei. Through one on one, a goal looked destined but the Macao u23 made himself big to crucially stop the striker.

That save would prove even better for the Hitchin Road faithful, when Arlesey pushed on again. In the 89th minute, a long ball was lofted over. Defender Joe Fitzgerald thought he’d cleared, but it was only as far as Archie Sayer – a man already on the scoresheet. He calmly took the ball past the downed Ollie Leslie and slotted home, much to the delight of Arlesey players and fans alike. The final exchanges were close as the ref signalled for seven minutes of additional time. Arlesey Town held on and clinched a massive three points.

For Sweeney’s men, it will have been a disappointing outing across Bedfordshire. However, attention will now shift to the next game against Flackwell Heath next Saturday in what is a continued lengthy time away from home. Leighton Town have two more away games – against Flackwell and then Oxhey Jets before a welcome return to Bell Close sees the end of five straight away trips. Weirdly the visitors are Saturday’s victors, Arlesey Town. Arlesey’ next fixture is against Leverstock Green.