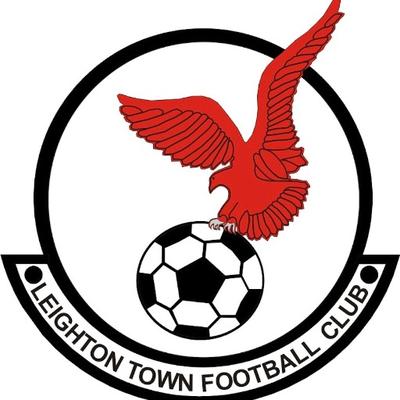 Leighton Town have seen a good week in football. Last weekend, Joe Sweeney’s men and a devout group of fans, made the trip to Essex to witness a 1-0 win against FC Clacton in the FA Cup. This weekend, the club marked their first league victory of the campaign away at New Salamis FC. The Town came from 2-0 down to beat the North London side 2-3 in a dramatic fixture.

Looking back at FC Clacton – FA Cup Extra Preliminary Round

Town travelled to the Austin Arena with a routine trip to the seaside in mind. Hawaiian shirts, a bit of sun and a win were the ideal combination for an early season cup game to remember. Before the game, the contest was highly anticipated as both sides play at step 5 in the National League System.

The first half saw Leighton pushing from the very off. Waves of pressure were seemingly a constant in a half of football that saw half chances for David “Bullet” Parkinson and the prolific Danny Webb dealt with competently by the home goalkeeper. Proceedings got underway and Clacton attempted to create chances themselves. Ten minutes in, following a break from a quickly take free kick – the home team saw their effort go wide. Soon after, they managed to advance up the pitch, but the final ball was seemingly just out of reach.

Clacton would soon be left to rue their misses. Danny Webb shot into the side netting in what was almost a warning shot for the stuttering home defence. Two minutes later, on the 65th minute Webb upgraded from the side netting to the back of the net – as he got behind the centre back and volleyed smartly into the bottom corner. From here, it seemed the visitor’s game to lose with dominant spells and more chances for the likes of Cox, Bullet and Campbell. The nearest the Town came to adding another was when both Campbell (’73) and Webb (’83) struck the bar.

This win saw LTFC go into the hat and draw Step 4 side Brentwood FC – teeing up another FA Cup away weekend in Essex.

Bouncing off the back of their FA Cup triumph, Town were away again on Saturday at North London side New Salamis. Newly promoted to the Spartan South Midlands Premier Division, New Salamis welcomed Leighton to Coles Park after they too drew their opening day of the season 1-1, with Harefield United.

In this league encounter, the visitors’ FA Cup bubble was burst as they were brought back down to earth by the Spartan new boys. Goals from George Lutaaya and D. Asamoah saw the club situated just down the road from Tottenham’s White Hart Lane, up by two at the half time break.

The second half needed a big performance and that’s what Leighton gave. It seemed like a half for the fan favourites as the visitors got goals back through Danny Webb, James Towell and then, as the club Twitter beamed – the ‘most unlikeliest of sources’ Aflie Osbourne. The defender rose to nod a bullet of a header past the home keeper, smashing off the underside of the bar to give the few Leighton faithful something to smile about on the long journey home.

The comeback was emphatically completed and gave Town the much-needed momentum they missed after the opening day’s deadlock against Risborough. Now, the next game is that FA Cup Preliminary Round fixture against Brentwood next weekend. Leighton return to league action with a long-awaited return to Bell Close against Baldock Town the following weekend.