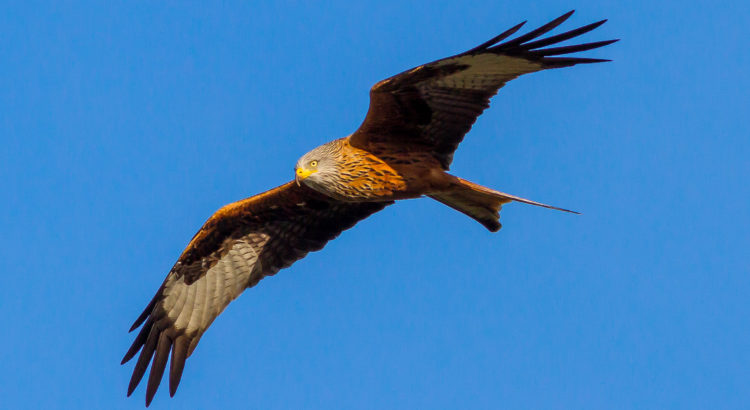 Living in the Leighton Buzzard area you’ll know that red kites are one of Britain’s most magnificent and distinctive birds of prey, with fanned forked tails, a reddish-brown body and a distinctive mewing call. They’re a marvel to see circling overhead.

Some people like to feed red kites’ meat in their gardens to attract large numbers – the birds make dramatic swoops to feed. While this is an impressive spectacle, The Chilterns Conservation Board discourages feeding red kites. Here are some of the reasons why:

In Marlow in 2019 a mother described a quick-thinking red kite swooping to steal sandwiches out of her two young children’s hands, leaving one child with a scratch on its head. This made headlines, but this is not the natural behaviour of these birds – like seagulls they only gain such boldness when people feed them.

From Victorian times onwards red kites were persecuted almost to the point of extinction due to misconceptions about their behaviour. People saw them feeding on dead lambs and pheasants and mistakenly thought the kites had killed them. The reality is that red kites are predominantly carrion feeders – they feed mostly on dead animals.  Although they’re big birds they weigh less than a bag of sugar and they are too weak footed to catch anything other than a small rabbit. In modern times they do an important job of helping to clear the countryside of dead animals. The persecution of red kites was such that by the 1980s, red kites had become one of only three globally threatened species in the UK.

So please avoid feeding the red kites – it’s far better to enjoy them soaring high above our gardens or in their natural environment on a walk in the Chilterns hills.